My training has been within the field of general surgery, with specialisation in Advanced liver, pancreas and biliary surgery. I received my board certification in surgery in Australia (F.R.A.C.S) at start of 2007 after which I continued with further training the USA for 2½ years in Liver, Pancreas and Foregut Surgery and Minimally Invasive Laparoscopic and Endoscopic surgery. I have a particular interest in liver and pancreatic cancer. In particular the treatment of locally advanced or borderline resectable cancer. I also have a strong interest in re-operative liver and pancreatic surgery and advanced laparoscopic pancreas and liver surgery. I am one of the few surgeons in Australia who performs laparoscopic pancreaticoduodenectomy (Laparoscopic Whipple’s Procedure). My basic research interests are in the areas of pancreatic cancer, pancreatitis and colorectal liver metastases. I am currently a Lecturer on the HPB / Transplant unit at the Department of Surgery, University of Melbourne, Austin Hospital. My private practice is in Warringal, Mitcham and Epworth hospitals.

My specific interest is in the field of Hepatobiliary and Pancreatic surgery, which includes:

2010 - present University of Melbourne, Austin Hospital, Melbourne, Australia. I am currently an Associate Professor and consultant surgeon on the hepatobiliary pancreatic and transplant unit at the Austin Hospital, with a major focus on minimally invasive surgery and treatment of advanced pancreatic cancer. My main collaborations at present are with researchers in Victoria and New South Wales relating to earlier detection and improving treatment of pancreatic cancer.

2009 - present University of Melbourne, Austin Hospital, Melbourne, Australia. I am currently a lecturer and consultant on the hepatobiliary pancreatic and transplant unit at the Austin Hospital, with a major focus on minimally invasive surgery. Currently I perform in excess of 50 major pancreatic and liver resections annually, with a focus on advanced and minimally invasive surgery.

2008 – 2009 University Hospitals, Case Medical Center, OH, USA
I was an Instructor and Fellow at University Hospitals, completing an advanced laparoscopic and endoscopic fellowship with a major interest in ERCP and laparoscopy, including laparoscopic pancreatectomy and single site surgery, under the supervision of Dr J. Ponsky, MD and J. Marks MD. Training in endoscopic ultrasound (EUS) through the gastrointestinal unit was also obtained. This position was secured competitively through the Fellowship Council.

2007 – 2008 Penn State Milton S. Hershey Medical Center, PA, USA. I completed a 1 year clinical Fellowship on the liver, pancreas and foregut unit under the supervision of Dr K Staveley-O’Carroll MD, PhD. I was an instructor in the department of surgery during this period. My clinical experience during this period included 50-75 major pancreatic resections, 50-75 major liver resections, 25-50 complex biliary cases, 25-50 esophagogastric cases and 10-25 complex retroperitoneal tumoUr resections. I am experienced in laparoscopic pancreatic and liver surgery. This was a competitively matched position through the Fellowship council.

2007 – Massachusetts General Hospital, MA, USA. Three months was spent as on the pancreatic unit with Dr A.L. Warshaw MD, and Dr C. Fernandez-del Castillo MD in 2007 prior to commencement of my Fellowship at Penn State.

2006 – 2007 Austin Hospital, Melbourne, Australia. I was the Senior Advanced Trainee (Chief resident) on the Hepatobiliary and Pancreatic unit, and Fellow (Instructor) of the University of Melbourne, at the Austin Hospital in 2006 under the supervision of Professor C. Christophi for 6 months after completing my examination requirements for my F.R.A.C.S.

2003 – 2004 Austin Hospital. I worked on the Hepatobiliary and Pancreatic unit and the Liver Transplantation unit, under the supervision of Professor C Christophi and Professor R Jones, while completing my Doctorate of Philosophy (PhD). I was involved in organ harvests, liver transplantation and major complex liver and pancreatic resections. I also had major teaching commitment to medical students and Royal Australian College of surgeons during this time.

2002 – 2003 Alfred Hospital, Australia. My initial experience in hepatobiliary, Pancreatic and Upper Gastrointestinal surgery was after commencement of my PhD under the supervision of Professor P O’Brien and Professor C. Christophi. I was also involved in major liver and pancreatic surgery during this time. I also had major teaching commitment to medical students and Royal Australian College of surgeons during this time. 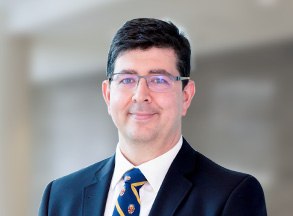